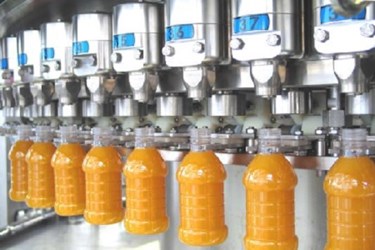 The development of a new bottle-forming and filling technology could revolutionize the industry, cutting costs and increasing efficiency by using liquid in the forming process, rather than compressed air

When revolutionary new technology for blow-molding bottles comes about, the whole industry tends to take notice. This new technology could provide breakthroughs in blow-molding and filling manufacturing, and will bring sizeable energy and costs savings to liquid packaging producers around the globe.

The new technology forms containers by making use of consumable, pressurized liquid rather than compressed air, combining the bottle-forming and bottle-filling processes into a single step. With many aspects of production already headed to more streamlined processes, combining the two steps into one is a desired change. However, like many industry-changing innovations, specific equipment is needed to facilitate the technology. Early incarnations of one-step molding and filling used old machines retrofitted to accommodate the technology through the use of spare parts. In order to function properly, the new system had to be made to think it was using air rather than liquid. The success of the early version provided the foundation for further development and refinement of the technology.

The system has been validated for use with a range of various packaging substrates, including Polyethylene (PE) and High-Density Polyethylene (HDPE). Additionally, the machine can be used for the production of cold, ambient, and hot-fill containers. The developers also hope to be able to use a wide range of liquids — such as water and soft drinks — for the molding and filling process. The potential value from this type of system is staggering. By using liquid rather than air to form bottles, producers will not only save energy and time, but will also create containers with superior precision and definition.

The project currently has six machines distributed among four companies working on developing the technology. By next year, more equipment companies will be invited to participate and brand owners will be provided the opportunity to work with the technology first-hand. Developers are aiming to have the new system ready for commercial application within two to three years.