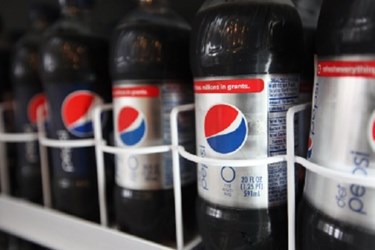 Diet Pepsi drinkers may soon find their favorite drink has made a change. The voice of the consumer has been heard and after years of using aspartame in its signature diet soda, PepsiCo is making a switch to other artificial sweeteners.

Back in the 1980s, the FDA determined aspartame was a safe ingredient and soda manufacturers made the leap from the old saccharin to aspartame, usually sold under the brand name Nutra-Sweet. Despite assurances of safety, many consumers remain unconvinced and diet soda sales have fallen significantly in the last several years. Due to these plummeting sales, PepsiCo asked consumers why they were not drinking as much diet soda. The overwhelming response was an objection to aspartame.

The FDA reiterated its safety position on aspartame this year after the Dietary Guidelines Advisory committee again reached the same conclusion, but the panel did identify a possible link between the use of aspartame and some blood cancers in men. The committee advised that long-term studies may be needed. Consumer groups have raised other objections, citing neurologic and other concerns, but these claims have not been substantiated. Ultimately, PepsiCo’s decision was motivated by consumer demand.

In August, the company will debut a new formula for Diet Pepsi, containing a blend of sucralose, generally sold under the brand “Splenda” and a newer sweetener “Ace-K” which is known chemically as acesulfame potassium. Ace-K is said to be 200 times sweeter than sugar and sucralose may be three times sweeter than that.

Several medical studies, including the San Antonio Heart Study and another published in the medical journal, Trends in Endocrinology and Metabolism, indicate that calorie-free sweeteners of any type may increase the risk of medical disorders, such as weight gain, diabetes, and metabolic syndrome. However, this may be because diet soda drinkers subconsciously allow themselves to eat more calories because they are receiving fewer calories with diet drinks. Other studies, however, show that diet soda helps consumers maintain a healthy weight.