Which Beverage Will Be The Most-Consumed Packaged Drink By 2016? 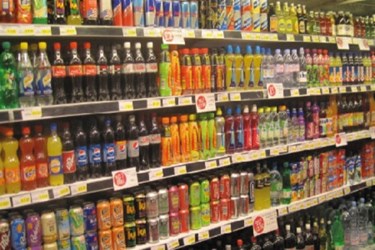 As consumers become increasingly concerned with health and convenience, consumption of bottled water has steadily grown and is expected to outdistance all other packaged beverages by 2016

During 2013, bottled water sales and consumption exhibited a growth rate of 4.7 percent. According to data from the Beverage Marketing Corporation (BMC), this growth is expected to continue, putting bottled water on track to become the most consumed packaged beverage by 2016. BMC’s managing director of research, Gary Hemphill, explains, “While other beverages struggle to gain or maintain market share, bottled water is expected to [have shown] a 7.4 percent increase in 2014 — that equates to 10.9 billion gallons.” Sales of bottled water during 2014 reached an estimated $13 billion, a 6.1 percent increase from 2013.

With consumption of bottled water increasing, the various segments of the industry benefit as well. Hemphill says, “Every segment of the bottled-water industry is growing and we consider bottled water to be the most-successful, mass-market beverage category in the U.S. In fact, single serve PET plastic bottled water outperformed all other beverage categories, posting an increase of 8.4 percent.”

As consumers increasingly prefer healthy, convenient, low-calorie options, bottled water has become a beverage of choice for many. BMC reports that over the last five years, bottled water has increased its share of the beverage market from 14.4 percent in 2009, to 17.8 percent in 2014. Although soft drinks currently hold the largest share at 20.9 percent, BMC predicts that by 2016 bottled water will be the highest-selling packaged beverage in the U.S.

Hogan goes on to say, “People choose bottled water for a variety of reasons. Many consumers are making healthier choices for themselves and their families, and they know that safe, convenient, refreshing bottled water has zero calories and is the healthiest option on the shelf. They also appreciate the reliable, consistent quality of bottled water. And, despite continued efforts by some activist groups to discourage people from drinking bottled water, consumption and sales of this healthy product are increasing as consumers make their voices heard in the marketplace.”