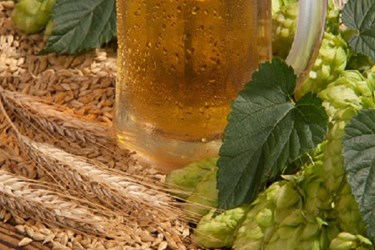 Blogger with 44,000 petition signatures drives two of the world’s-largest beer makers to list ingredients in its brands

On June 12, two of the world’s-largest beer makers, Anheuser-Busch (ABinBev) and MillerCoors, began posting products’ ingredients online as the company’s received pressure from food blogger Vani Hari. Hari has become a powerful voice in advocacy for consumer rights in the American food industry. She is the blogger who created the petition to urge sandwich-chain Subway to remove an ingredient in its bread that’s also used in manufacturing yoga mats.  Subway has since removed that ingredient.

Hari launched an online petition on Wed, June 11. Only two days later, the petition for ABinBev and MillerCoors’ ingredient transparency had gathered more than 44,000 signatures.  Both ABinBev and MillerCoors are not required to disclose its ingredients, as the Alcohol and Tobacco Tax and Trade Bureau (TTB), which regulates beer labels, does not currently require brewers to list nutritional facts or ingredient information. However, both companies are taking the step of disclosing ingredients in response to what customers are asking for.

ABinBev confirmed the ingredients for its two top-selling brands on its website. The site lists the same ingredients for Budweiser and Bud Light: Water, barley malt, rice, yeast, and hops. MillerCoors chose its Facebook page to list the ingredients of Miller Lite, Coors Light, and six of its other brands.  Most of the company’s brands are made from water, barley malt, corn, yeast, and hops. With the U.S.’s two largest breweries now publishing ingredients online, questions are being raised about potential future labeling requirements for other products that currently are not required to list ingredients.