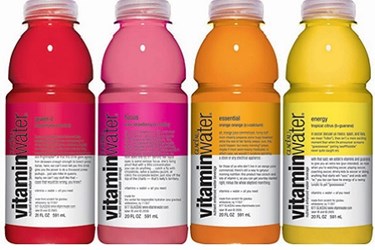 The company’s Vitaminwater is losing market share, and according to consumers, this is due to Stevia— a low-calorie sweetener that leaves a metallic aftertaste. Coca-Cola has taken action to address this issue

Low-calorie products are available in a variety of food and beverage segments. One of the major growth challenges for the industry includes artificial sweeteners, which are sometimes perceived to be carcinogens and can alter the original flavor of the product it is within.

The reversal comes just months after Coca-Cola changed the sweetener in the drink to a mix of sugar and stevia, a low-calorie sweetener infamous for its metallic aftertaste. A social media movement where consumers posted negative feedback about the change inundated the Vitaminwater Facebook page. This isn’t the first time the soda giant had to return to its original formula. After a consumer revolt 29 years ago, the company abandoned its ill-received "New Coke" reformulation within a mere 79 days.

Stevia has been great for food manufacturers, allowing the delivery a clean label, is a sustainable and natural sweetener, and provides traceability — important to today’s consumers — but, at what cost?

Stakes are high for Coca-Cola as it wrestles with artificial sweetener ingredients in its products. The U.S. is the largest market for low-calorie food, followed by several European countries. Additionally, the developing nations in the Asia-Pacific region are expected to show high growth in low-calorie foods over the next five years.

While some consumers dislike the Stevia infusion in products, Coca-Cola still sees potential for the sweetener. The company has introduced a reduced-calorie version of its namesake cola in Argentina using Stevia with plans to eventually roll out a version in the U.S.