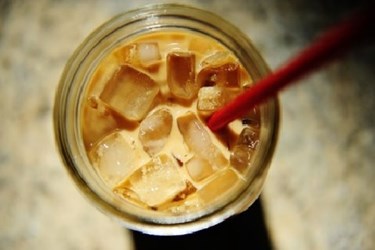 With well over 3000 cups consumed every second, Nescafé is branching out with its launch of chilled coffees in the emerging European Market

In 2013, Innova Market Insights, completed its assessment of the RTD coffee market and believes the segment is set for further growth, particularly for premium-style chilled in-cup lines in Europe.  The rise of RTD milky coffee drinks has offered opportunities both for coffeehouse brands, flavored milk suppliers, and other manufacturers to expand into supermarkets to broaden their customer base, including the ability to reach younger consumers in Europe just like in the U.S.

Sales of RTD coffee have grown as consumers seek to enjoy the coffeehouse experience of iced coffee drinks at home and on the go.  In the U.S., consumers have shown their love for sweet flavored drinks which has enabled the growth of RTD coffee as not all Americans, especially younger consumers, enjoy the bitter taste of brewed coffee.  Europeans are also showing an increasing appetite for chilled, RTD coffees, with the market growing 8 percent over the last three years alone, according to Euromonitor.

Nescafé and other brands will have to compete with Starbuck’s Frappuccino range, available in a number of European countries under license from Arla Foods since 2010, as well as the Illy Issimo joint venture set up by Coca-Cola and Illycafe in 2007 to develop premium RTD coffee products.  The Starbucks Discoveries range in lidded cups has been joined by fair-trade RTD coffee specialties (Coffee, Mocha Chocolate, and Vanilla) in 250 ml bottles, marketed as perfect for consumption on the go.

Nestlé is endearing the youth market to its products outside of its European launch of its latest RTD coffee line.  The launch of Nestlé Needs YOUth Initiative, which recently won the best youth employment project in the 2014 Repubblica degli Stagisti Awards, is another way the company is staying in sync with the young European consumer.  These on-the-go, young European workers will need something to keep them going, so why not a Nescafé’s Shakissim? The Shakissimo was developed by Nestlé’s Product Technology Center in Lisieux, France, and is set to be distributed by Lactalis Nestlé Produits Frais, a joint venture between Nestlé and French Dairy firm Lactalis.